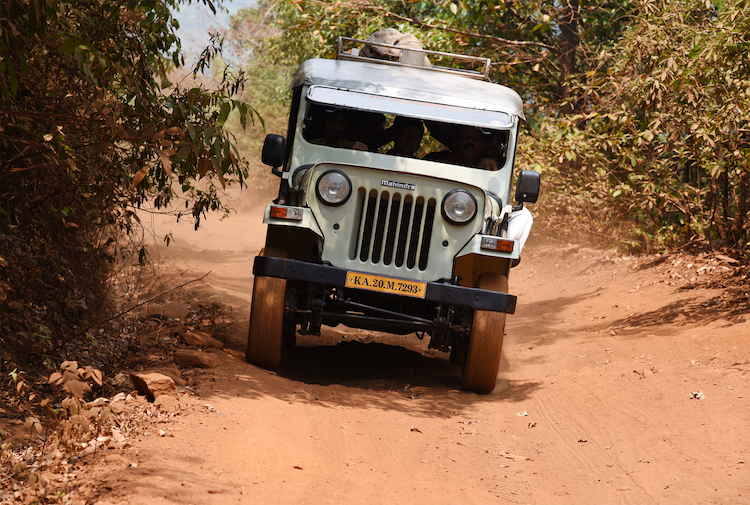 An Indian company’s request for Michigan tax incentives before it builds a $1 billion plant has some watchdogs barking.

Mahindra Automotive North America Inc. has announced plans to build a plant in Flint to construct commercial and off-road vehicles. It seeks to build 180,000 U.S. Postal Service delivery vehicles and was selected this year to be among six companies to build 50 prototype vehicles under a $37.4 million contract.

If the plant moves forward, it would be constructed in the Buick City complex, a once-bustling 364-acre hub of automobile construction that operated from 1904-2010. But Mahindra said before it starts construction on the facility, it wants tax incentives from the state of Michigan.

James Hohman, director of fiscal policy at the Mackinac Center for Public Policy, told Great Lakes Wire that the Michigan Legislature should slam the brakes on this proposal.

“Selective state business subsidies are unfair, ineffective and expensive,” Hohman said. “Legislators should reject the proposed program and reconsider their ongoing spending on other programs.”

The Wolverine State has used tax incentives to try to lure businesses before.

The Michigan Strategic Fund provided Fiat Chrysler Automobiles N.V., an Italian-American multinational corporation, with $223 million in assistance to build a Jeep plant in Detroit. The city of Detroit was awarded an additional $93 million to cover associated costs, including site and environmental work.

However, a 2017 effort to draw Foxconn, a Taiwanese electronics firm to the state, failed to land the company despite an offer of $3.7 billion in incentives, including the entire $200 million in the Good Jobs for Michigan program.

The state then struck out when it attempted to entice Amazon to build a second North American headquarters in Michigan.

Now Mahindra hopes it can strike a deal with Michigan. In August, it announced it had signed a Letter of Intent with RACER Trust to evaluate the former Buick City site for a new plant, since its manufacturing facility in Auburn Hills is at capacity — “and a significant facility expansion is envisioned to support manufacturing and assembly of new products for the U.S. market.”

Obtaining financial incentives from Michigan will help determine if that is where the company builds, since other states have expressed interest, Mahindra said.

”Winning the USPS contract is a key element of our growth strategy but it's only a piece of what we have planned," said Rick Haas, President and CEO of Mahindra Automotive North America. "We have a long-term product plan and we believe the former Buick City site in Flint is a strong contender for what would essentially be Mahindra’s first large-scale manufacturing operation in the United States."

"While we're keeping our options open, we think the former Buick City site in Flint would be a great fit for us,” Haas said. "It's close to our current facility, which improves overall enterprise efficiency, and the site is one of the oldest manufacturing sites in the United States with a long, storied automotive history. We look forward to working with RACER Trust, the City of Flint and the State of Michigan to fully determine whether this site represents our best opportunity to build Mahindra’s automotive future here in North America."

Mahindra Group Chairman Anand Mahindra spoke with President Donald Trump about the factory at a Feb. 25 business round table in New Dehli, India.

Mahindra said the company had built the first automotive assembly plant in southeast Michigan in 25 years. It is building off-road utility vehicles.

“So we’ve invested $1 billion,” he told Trump. “And right now, we’re in the short list of the pick for the United States Postal Service new delivery van — a decision which should come by the end of the year. And when that comes through, we will very happily put in another billion and employ about 2,000 people.”

Mahindra said sometime around August. He said Indian companies specialize in making right-hand-drive vehicles, the opposite of most American vehicles. But that is what the USPS is seeking.

While the president supported the construction of a plant and the idea of 2,000 more good-paying jobs in the Flint area, he did not discuss tax incentives.

The question for many observers is why the state sees a need to offer this financial assistance. Wouldn’t Mahindra look to build at the available site anyway since it has an existing factory in the state?

Michigan League for Public Policy President and CEO Gilda Z. Jacobs said there are other uses for these dollars.

“It is not good fiscal policy to give away hundreds of millions of dollars in state revenue to corporations when our state struggles to invest in education, infrastructure and strong communities — all things that businesses value,” Jacobs told Great Lakes Wire. “This money could go to hundreds of millions of other priorities that are more important and more useful to Michigan residents and businesses, including improving our schools, investing in the health and well-being of our people and our communities, and better supporting everyday Michigan workers and their families — not top-level executives and out-of-state CEOs.”

Michigan Senate Minority Leader Jim Ananich is unsure if the incentive program is a good idea. The Democrat’s district includes Flint, but he said the state needs to proceed with caution on this proposal.

And shouldn’t the money be used to support Michigan businesses and investors? Hohman said that needs to be addressed before millions of dollars are handed out.

“Lawmakers should welcome producers who want to set up shop in Michigan — just not with gifts of other taxpayers’ money,” he said.

Want to get notified whenever we write about State of Michigan ?

Sign-up Next time we write about State of Michigan, we'll email you a link to the story. You may edit your settings or unsubscribe at any time.