UAW sued over allegations of scamming employee out of $7,500 in union dues 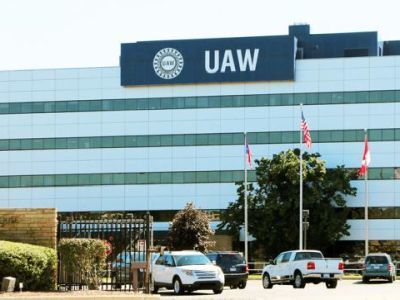 The Mackinac Center Legal Foundation is suing United Auto Workers (UAW), alleging that they threatened to fire an employee after he refused to pay union dues and then scammed him by requiring him to pay more than $7,500 in dues to a fake union.

The Center Square reports that Jim Shake, a UAW actuary in Detroit, did not agree with the amount of union dues he was being charged so he allegedly modified his dues form. In 2014, Shake was called into Chuck Browning's office, an aide to then-UAW president Dennis Williams. Shake alleges he was told his modified form was not acceptable.

When Shake replied that he didn't have to pay union dues because Michigan is a right-to-work state, Browning allegedly replied that Shake was an at-will employee. Feeling this was a threat to his job, Shake signed an unmodified dues withholding form. Dues would be paid to "Local X," a union that was supposed to represent UAW workers, but Shake alleges Local X does not exist.

“After initially refusing to contribute to the union and informing my supervisor that Michigan is a right-to-work state, my job was then threatened,” Shake told The Center Square. “I paid the dues, but then found out there was no actual union – nobody was representing me.

"I believe this was a fake union set up to withhold dues as part of a kickback scam,” Shake added.

Michigan became a right-to-work state in 2012, which means that workers are not required to join a union to get or keep a job.

According to the outlines of the Michigan Department of Licensing and Regulatory Affairs: “Under Michigan's new freedom-to-work laws, workers will have the freedom to choose whether or not to join a union. They won't be required to pay union dues if they don't want to, and they won't lose their jobs because of it.”

“The UAW claims to represent workers’ interests," Dirk Wilcox, senior attorney for the Mackinac Center Legal Foundation, told The Center Square. "Yet, if that were the case, Jim would not have such difficulty determining if he were actually receiving any benefits from the money he’s paid them. It’s a shame that he would have to file a lawsuit just to force discovery over whether this local UAW 'Union X’ ever existed to begin with.”

Want to get notified whenever we write about any of these organizations ?

Sign-up Next time we write about any of these organizations, we'll email you a link to the story. You may edit your settings or unsubscribe at any time.