CALVIN THEOLOGICAL SEMINARY: Najla Kassab: "The Reformed Church In The Middle East: Hopes And Challenges" to be held pn Jan. 28 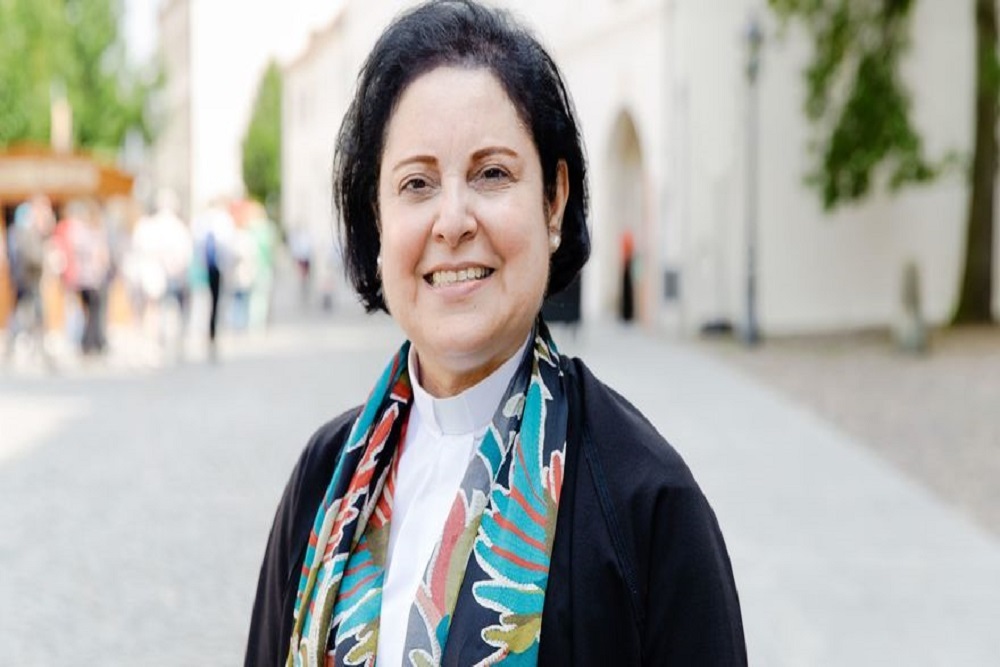 Calvin Seminary invites you to the Stob Lecture Colloquium, part of the Stob Lecture Series. This year's featured speaker is Najla Kassab, President of the World Communion of Reformed Churches. The colloquium will showcase a conversation between her and Gary Burge, Dean of the Faculty and visiting professor of New Testament here at Calvin Seminary.

Najla Kassab Abousawan, president of the World Communion of Reformed Churches (WCRC), is an ordained minister in the National Evangelical Synod of Syria and Lebanon (NESSL).

She obtained her B.A. in Christian education from the Near East School of Theology (NEST) in 1987 and her Masters of Divinity from Princeton Theological Seminary in 1990. In 1993 she received the first preaching license offered to a woman by NESSL.

In March 2017, she became the second woman to be ordained as a minister in NESSL. For the past two and a half decades she has worked with NESSL’s women and children’s ministries, including as Director of Christian Education. She was elected to the WCRC Executive Committee at the 2010 Uniting General Council.

She lives with her husband, Joseph Kassab, and three children in Beirut, but her work takes her frequently to Syria.

Original source can be found here.

Want to get notified whenever we write about Calvin Theological Seminary ?

Sign-up Next time we write about Calvin Theological Seminary, we'll email you a link to the story. You may edit your settings or unsubscribe at any time.